How much does sex matter in a relationship? This question doesn’t have a simple answer because it can vary from person to person or even couple to couple. It’s not enough to say, “It matters a lot,” or “It doesn’t matter that much,” because there are so many nuances to each one.

For some, sex is a big deal in a relationship, and for a good reason. It feels great on in a physical sense but can be emotionally stimulating as well. Many partners desire a sexual connection because it helps them build physical and emotional intimacy, which are crucial to many relationships.

However, couples can achieve both types of intimacy without engaging in sexual activity. Although some people seek out that sexual connection, others may not feel a need for it. Instead, they show it in other ways, such as holding hands, kissing, cuddling, or performing acts of love and kindness.

Many couples have infrequent sex — or none at all — and are perfectly happy because they express their desire for each other in other ways. Affection plays a large role in how satisfied each partner feels with their relationship. When couples go through periods of lower sexual activity, these actions (even the non-sexual kind) could outweigh the negative feelings which sometimes arise during these times.

If both partners are on the same page — in other words, sexually compatible — then they may never have to ask themselves this question. But if one partner has a strong interest in sex and the other doesn’t, it can cause hurt feelings or resentment. Alternatively, a couple could start off sexually compatible, but change over time.

That’s why communication and intimacy are perhaps more important than sex. If couples going through a period of change in their sex life can address the differences between themselves, they can move forward with the solution they discover. But if they never talk about the differences, these negative feelings can fester and lead to a rift that may become impossible to heal.

Communication can also be another form of intimacy since it allows couples to be vulnerable with each other in a different sense. By opening up with each other, each partner can define what sex means to them, which is also key to a healthy relationship. Sex is about more than penetration and reaching orgasm. It’s also about everything that leads up to those points and the intimacy it creates.

So, how much does sex matter in a relationship? There may never be a clear answer because of the sheer scope of the question. But at the same time, is there really a need to answer it? Sex is only as important as the value each person gives it. And when it comes to relationships, it’s just one part of a whole.

For couples whose sexual activity has tapered off, reigniting that spark might become a priority. Or, they may find new ways to strengthen their romantic, physical, and emotional bond. Maybe the question should be how much communication matters in a relationship? Because with better communication, couples can not only determine their sexual compatibility, but they can discover new ways to share intimacy and share affection. 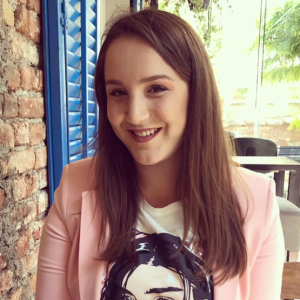 Loida Mckinnon is 25 years old and is in love well-written TV shows with strong female characters like: Suits, Shades of Blue, Veronica. This is where I get my inspiration from. She also is a writer at <a href="https://eartherotic.com/blog/">EarthErotica</a>

Sex and healthy relationships might seem intrinsic to each other, but that’s not always the case. Every person is unique,..

Getting bored in your relationship? Spice up both your romance and sex life

Everyone sometimes feels bored in a relationship. Boredom is quite a natural reaction. You may feel exhausted once in a..