If you read any sex magazine in Bangladesh, you can see male readers are only concerned about their penis size. The majority of readers have the only curiosity if a 5-inch penis is big enough to sexually satisfy women with the small penis. The average penis size of Bangladesh men is not that bad.

You can find countless Herbal clinics in the capital city Dhaka who guarantee to enlarge the penis. They promise to shape the penis that women would adore it.

Compared to other countries Bangladeshi men feel very insecure about their penis size. They feel shy to be nacked in a locker room as they are afraid that the penis is small. They behave as if the penis size means everything. They don’t have less concern about erection and ejaculation. They dream to be a proud owner of big dick.

Bangladesh is the most densely populated country in the world with 160 million. There have been many surveys over the penis size in different countries but Bangladesh has not been in the survey whereas a small country Nepal is included, maybe be because the Bangladesh people are too shy to take part in a survey.

In the past urologists thought, the size does not matter so much. But maybe it does matters if vaginal orgasm exists. The clitoris orgasm does not need a big penis but vaginal orgasm needs deeper penetration. 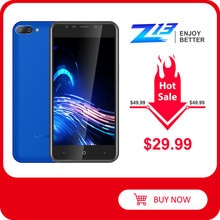 Read here: You need a big penis only if vaginal orgasm exists

Many Bangladeshi men don’t know how to measure the penis length. “If you measure the length of the penis when it is erected but have a 90-degree horizontal position, the measurement would not be correct.” The penis has to be upward or more than a 100-degree angle to get an accurate measurement.

The interesting fact is that the penis size of the Bengali people of West Bengal is slightly bigger than the Indian average, according to several surveys.

Here are several different surveys of penis size of India:
1. According to the condom producer Durex, the average penis size of an Indian male is between 3.6 and 4.1 inches. This is is disappointing news for Indian women.

2. A team of urologists in cooperation SSS Health center, has conducted a survey surveyed among a couple of thousands of Indian men, The study finds, that the average of length erect penis is 5.54 inches and 3.11 inches in diameter.

The last study is the most reliable. Indian penis size is not 4 inches as the condom producer says. The circumference cannot be only 3.12 inches as the SSS Health center reveals.

The research reveals that the average penis size of West Bengals males is 5.2 inches and 4.5 inches in girth. That means Bangladesh must have the same size as West Bengalese. This size is good enough for women.

If you have got a small one, you have to learn to live with that. Your Herbal doctors cannot enlarge a penis. If you try an invasive method to enlarge it, it can destroy your erection ability.

If you have sex fears you can read here how to remove those: Typical sex fears and how to overcome those

Bangladesh males, in fact, have a little bigger penis than neighbor Indians. Bangladeshi boys should be happy with the size of penis and sex performance they have

The size of the British men’s penis

Korean men have the smallest penis size. Is it true or myth?

First Night Fantasy – What to Wear for a Sizzling Makeover?

Meta Description: First night is a very momentous and memorable time in every person’s life, and you need to plan

How to Maintain Sexual Desire in a Long-Term Relationship

What does age have to do with sex and relationship?

First Night Fantasy – What to Wear for a Sizzling Makeover?

How to Maintain Sexual Desire in a Long-Term Relationship

What does age have to do with sex and relationship?